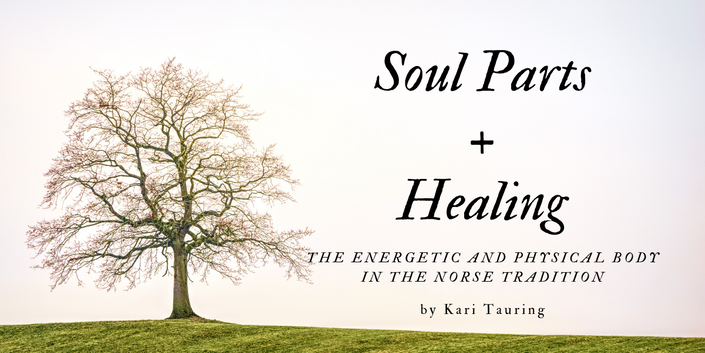 Welcome to our intensive course on healing mindset, practices, and deities in Norse tradition. Three sections will release over the course of four weeks giving the learner time to process and integrate the learning slowly. Each section includes several hours of video lectures, meditations, downloadable documents, Infographics, and links for further learning. Comment sections allow students to ask questions or seek clarification from the teacher.

Soul Parts launches on the New Moon of May 22, 2020. Learn how humans were created in Norse tradition and the many parts of our body, mind, and soul complex. Feel and integrate these aspects in yourself!

Healing Help launches on the Full Moon of June 5, 2020. Learn about and connect with the many divine beings within the world tree whose purpose is to help us heal. Connect with and honor them in your daily life!

Seeking Origins launches on June 19, 2020. Learn how to approach illnesses, get into a relationship with them, and discover a variety of modalities used by Nordic people. Examples of illnesses and approaches to healing will be discussed.

When does the course start and finish?
The course starts now and never ends! It is a completely self-paced online course - you decide when you start and when you finish.
How long do I have access to the course?
How does lifetime access sound? After enrolling, you have unlimited access to this course for as long as you like - across any and all devices you own.
What if I am unhappy with the course?
We would never want you to be unhappy! If you are unsatisfied with your purchase, contact us in the first 30 days and we will give you a full refund.
off original price!